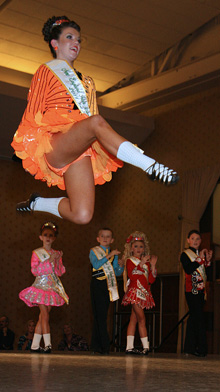 THE WORLDS COME TO BOSTON

The Irish Step dancers have become the pride of Ireland’s cultural world. They’re ﬁt as a ﬁddle, and like prized athletes, they exude discipline, commitment and hard work.  Fierce in competition, they must have grace under pressure, performing on stage in a medium that requires technique and interpretation, strength of character and lightness of being, rhythm and posture.

After thousands of hours of practice, and dozens of competitions each year, at the local, regional and national levels, over 3,700 of the world’s best Irish step dancers are coming to Boston for the World Irish Dancing Championships, taking place on March 24-31, 2013 at the Hynes Convention Center in the Back Bay.

It’s only the second time that the championship has been held in North America, the ﬁrst was in Philadelphia in 2009.  For the Irish-American dance community, it’s a thrill to have the prestigious competition right in their own back yard where family and friends can come to witness the incredible pageantry, pressure and pinnacles these dancers experience.

Irish step dancing has exploded over the last twenty years, thanks to big stage shows like Riverdance and Lord of the Dance.  The New England region has always had a vibrant step dancing scene, passed from one generation to the next.  Today many of the girls and boys who took up dancing twenty years ago are now instructors themselves, teaching a whole new generation the ﬁne art of step dancing.

The eight-day, elimination competition is rigorous and pressure-packed, as contestants dance before a panel of judges in the early rounds.  Those dancers who get a recall move on through the competition, until they’re in the ﬁnals, dancing against the very best in their respective categories.   There are solo categories and group dancing categories, including ceili dancing and mixed ﬁgure dancing.

Boston has its share of champions, including Melissa McCarthy of Norfolk, the reigning world champion for girls 17 and under.  She won that prize in Belfast, Northern Ireland a year ago against incredible competition.   Now she is defending her title in her hometown of Boston.  Her teacher, not surprisingly, is two-time world champion Liam Harney, who won the 1984 Junior Men’s Championship and the Senior Men’s Championship in 1987.

Additionally, Boston boasts many dancers who are North American champions, and still more who are New England champs.

HOW BOSTON WON THE BID

In May 2009, An Coimisiun le Rinci Gaelacha (The Irish Dancing Commission) in Dublin announced that Boston had won the bid, beating Chicago and other cities around the world.

James E. Rooney, executive director of the Massachusetts Convention Center Authority, noted at the time, “We won based on our award-winning facilities, our top-tier service and - we admit it - being the most Irish city in America.”  The event is expected to have an $11 million impact on Boston’s economy.

“Boston was considered because it was such an Irish city,” said Liam Harney, who is Vice-Chairman of the Boston event and also Vice Regional Director of New England.  “Plus, Boston offered us a great package, making it ﬁnancially feasible for European    competitors, who can get to Boston easily.” 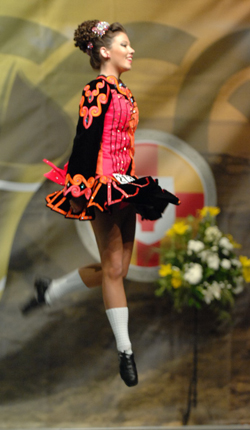 Mary McCarthy has two daughters in this year’s competition: Melissa, the reigning world champion in the Under 17 Girls category, (pictured right) and Colleen, an up-and-coming dancer in the Under 15 category.  Like many locals, Mary says “we’re very excited it’s coming to Boston.  When Melissa won the competition in Belfast last year, there were only a few people from Boston in the audience. Now she’ll have a home town crowd coming out to see her and cheer her on.”

Both of the McCarthy girls attend the prestigious Harney Academy in Walpole, started by champion dancer Liam Harney in 1990.  His mother, Sally Harney, originally from Donegal, is a popular dance teacher herself who gives Irish set dancing instructions and workshops throughout     the area.

“I’ve been dancing at the Harney Academy for twelve years, since I was four,” says Melissa McCarthy, adding, “competing is something I really like.”  Indeed, the Boston Globe reported that Melissa returned home “with a two foot tall, globe shaped, 39 pound trophy” from her Belfast victory.

Asked what advice she has for dancers making their ﬁrst appearance at the Worlds, she says, “I would tell someone not to let your nerves get to you, go out there and make sure you’re having fun.”

Her mom Mary McCarthy grew up in the West Roxbury neighborhood of Boston, and learned step dancing herself with the Maureen Green Dance School.  One of the boys in her class was Liam Harney. 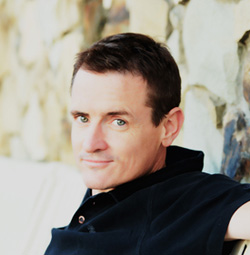 When Liam Harney (pictured right) captured world champion dance titles as a teenager back in the 1980s, he became an instant hero in Boston’s tight-knit Irish-American community, who follow successes in music, dancing and sports competitions with unbridled enthusiasm.

“The ﬁrst time audiences saw Liam Harney’s trademark high kick nearly touching his forehead, they’re amazed,” says Seamus Connolly, world champion ﬁddle player who has worked with Liam over the years, including the Gaelic Roots program at Boston College.  Harney is a versatile dancer who also excels in ballet, jazz and modern dance, and has performed at the Kennedy Center for the Arts, Radio City Music Hall and other renowned venues.

Asked about the growing success of American dancers in the competition, Liam says, “When people immigrate to a new place, they want to hang on to their heritage, and that’s what the Irish did with music and dance when they came to America.  You see the same thing in Britain and other places.”

The Harney Academy has nineteen dancers participating in the World championships, a relatively high number for one dance studio.   He’s looking forward to watching Melissa, and says, “Rather than competing, I’d like her to perform, and to have a showcase in Boston as a champion.”

Harney says he doesn’t ever rank his dancers by their awards and prizes, because “so many of them are noteworthy and high achievers” in this intricate, unique and joyous dance form. He points with pride to some of his former students like Colleen Lively, one of his ﬁrst students and now one of the instructors at the Academy, and Patrick Mello, 2013 winner at the North American Feis Commission competitions.  He knows that anyone who puts in thousands of hours, stretching and exercising, balancing on their toes, and kicking their toes above their heads have already become winners, no matter the competition.